on February 17, 2007
From ‘The Anarchy and chaos Theory of Anne’s little confused Brain’ to ‘The Seven Deadly Sins’
The basis of this work is performance, an artform through which a combination of painting, display of film, sound, filming, photography, print and installation has been archieved. As a starting point to my work a collaboration with Ed Talbot, led to such a performance called: ‘The anarchy and chaos Theory of Anne’s little confused Brain’. The performer within the piece, wearing a boiler suit, slashes balloons filled with paint hanging of the ceiling, therefore being a ‘live’ painting on the floor in front of the public.
The boiler suit and the balloons pushed the project further.
Experimentation with these materials (balloons and suits followed: such as stuffing the suots with balloons resemling human beings. This directed me towards the idea of giving them faces, consequently adding masks, painted red.
At this point, research within Rebecca Horn’s and Marina Abramovic’s performances proved a great influence, as they work with props whilst performing their pieces.
Giving the boiler suits a human shape, the project was taken further: wearing the suits, walking around the city of Leicester interacting with the public. All this was recorded as photographs, film and edited to show the viewer the journey.
Exhibiting my work in various venues, presentation of the piece was explored. The dynamic of the figures worked best when displayed as 7 hanging men. The perception of the ‘hanging’ links to the past, where humans were hung for their sins. Interestingly, the viewers associated them immediately to ‘The 7 Deadly Sins’.
I am not a religious person, nevertheless, the pain that religion (i.e: their representatives) already caused others is intriguing and shocking to me at the same time.
Therefore I consider all sins to be equal; hence their appearance is similar. Research into the seven capital vices led me to Dante’s ‘Inferno’ and Hieronimus Bosch. The Movie ‘Se7en’ (directed by David Fincher, 1995) progressed me in creating video work and performances.
Finding seven performers, proved to be difficult, I managed to get four people that would dress in the suits. I wanted to give the ‘sins’ equal visual value. Furthermore, this point is strengthened by seven individual staged photographs, each representing a sin, for the audience to identify each one by themselves. There are hints linking to each distinctive sin, both in the videos and the photographs, often very subtle but recognizable. Ideally the videos created are represented on three separate screens, representing:
Paradise, Purgatory and Hell.
The final video consists of five different sequences played one after the other and set on a loop. All three screens play the same piece bit at different ties, creating a horrible sound like it must be in hell. Symbolizing that all three states are the same. Or are they?
It is up to the viewer to decide their own truth. It could be all just make believe. 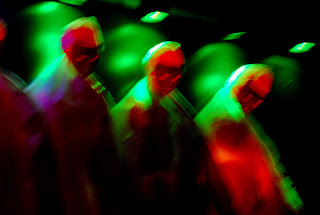 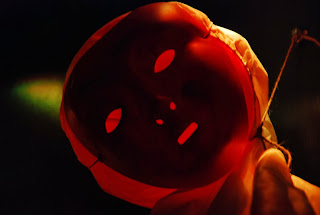 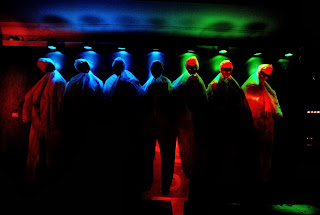 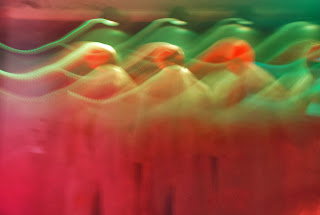 ONLY VIRTUAL THIS YEAR. Check out the link below Luxembourg Art Week Proud to be represented with my artwork  'Explosion and the chaos with homemade dynamite in the universe'  Diptychon / 120cm x 50cm (x2) / Ink and Pigment  Presented by Luc Schroeder, MobArt Gallery 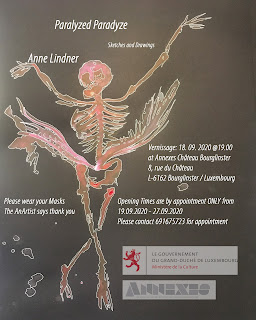 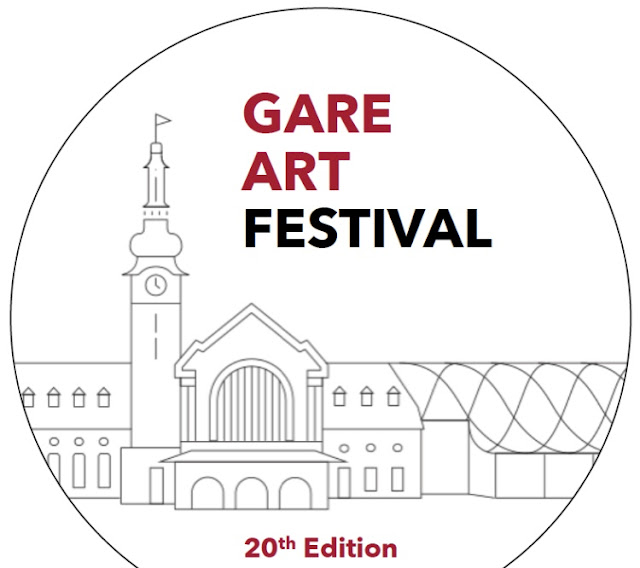